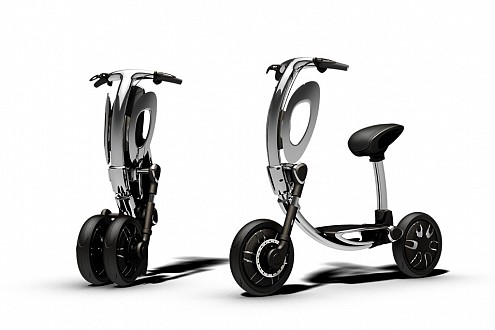 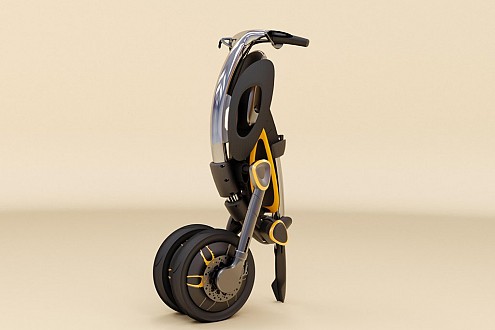 As the urbanization of the world continues, urbanites are continuously looking toward modes of transportation that fit more naturally into all contexts of the modern world. That’s why Green Ride has developed INU – the natural solution for urban transportation. INU is a small, portable, foldable vehicle that puts the rider at the center of the user experience with a phone dock, GPS, and even GSM. On top of all that, INU is environmentally friendly while transporting you in style.

Created for the contemporary urbanite, INU is essentially a new category in the automotive industry, designed for people who need a quick and stylish means of transport within the city. Equipped with an in-wheel electric battery, state-of-the-art tech and sporting a cutting-edge design, INU is a true innovation in inter-city transport.

“INU is the natural solution for urban transportation”, said Green Ride’s CEO Ori Dadoosh. “The automotive industry is working hard on making vehicles that bring you from A to B, but they don’t think about how they get you from A to B. INU is an extension of the user’s personal environment, transporting them in comfort and style, and I believe that INU is inspiring the industry to move in that direction.”

INU will launch next year in the U.S. and Europe, aimed at high-end consumers. INU is offered in three different models, which differ according to how much distance they can travel when fully charged: 20km 30km and 40km (while carrying an 80kg rider). All models are computer-limited to 25 km/h, to meet European safety standards. INU weighs 25kg, supports up to 120kg in weight, and has a Brushless hub-motor of 500W or 750W. It charges from 0% to 100% in about three hours and will retail at €2999, €3999 and €4999 respectively.

You can use the INU as your main means of travel if you live in a city, or as a complimentary vehicle for a train commute. It is lightweight enough, portable and folds on command. That’s not a figure of speech – you can actually give it a voice command or a hand gesture or from your smartphone and it’ll fold.

Green Ride’s INU is reinventing the personal vehicle category with a product that takes into account practicality, design and lifestyle. It is a contemporary product that is designed with today’s world in mind. Equipped with a phone dock, GPS and even GSM, the INU meets the highest standards of personal tech in vehicles. The INU’s designer has also worked for Italian car-design studio Pininfarina, so it looks just as amazing folded as it does in motion.